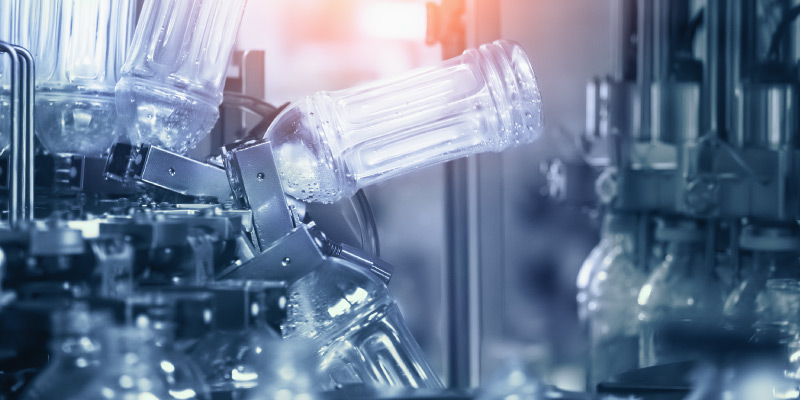 How Extended Producer Responsibility is Changing the Face of Business 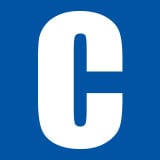 Consumer goods companies measure their plastic output in big numbers. A single international beverage manufacturer, for example, can produce several million tons of plastic packaging in just one year. Now imagine how much plastic must be out there when considering the multitude of other organizations across the globe—and their collective plastic output over the course of several decades.

By now, the post-consumer story of all this plastic packaging is legend. After all, it takes 400 to 500 years for plastic to break down naturally, meaning that just about every bit of plastic ever produced still exists today and will for a long time.

But the story of plastic as an environmental concern doesn’t just start or end with a branded bottle littering the roadside or washing up on a distant shore.

The 2019 report “Plastic & Climate: The Hidden Costs of a Plastic Planet” looked at the annual emissions of plastic throughout its lifecycle and found that the manufacture of plastics in 2019 added more than 850 million tons of greenhouse gases into the atmosphere. Unchecked, by 2030 this amount will increase to 1.34 gigatons and 2.8 gigatons by the middle of the 21st century. To put this into perspective, 850 million tons is the GHG equivalent of what roughly 19.2 million passenger vehicles produce.

As is the case with many industries, the entire process of creating, marketing, selling, using and disposing of products can cause a trail of waste that is harmful to the planet and its inhabitants.

Consumers, investors, employees, companies and governments are taking notice and a groundswell of support is putting pressure on companies to adopt a practice known as Extended Producer Responsibility, or EPR, which looks to hold businesses accountable for the waste produced from the products they manufacture.

Although the idea of holding businesses accountable for broad waste management and recycling is not a new concept, it is one that is gaining significant traction today.

2008 reinvigorated the concept when an EU-wide initiative called The Waste Framework Directive targeted waste management across all of Europe, allowing member states to plan their own EPR initiatives. As a result, 25 of the 28 EU member states set up EPR programs for household waste. In the years since, additional directives have been released for packaging waste, electronics waste, automobiles and batteries.

Canada too has demonstrated broad acceptance of EPR with systems in place for certain products like batteries, electronics, beverage containers, paint and paper and packaging that cover fully half of the country’s 10 provinces.

Meanwhile, the United States has not seen a single bit of national EPR-oriented legislation pass, preferring to leave these laws up to individual states. This presents a dilemma for businesses with locations across the country, where the same item may be regulated differently depending on the state.

Eleven states, including the District of Columbia, have laws on the books for products like paint, batteries, mattresses, carpets, electronics and more. Paint EPR laws, for instance, mandate that companies utilize product stewardship organizations to manage the end-of-life and recycling of paint.

These organizations can be of assistance in helping companies navigate the complexities involved with EPR compliance and allocating the related costs at an industry level rather than placing them solely on the shoulders of individual manufacturers. This arrangement continues to prove its worth as more EPR legislation surfaces in response to the escalating threat of climate change. Case in point, in 2021 in the U.S. alone, more than 30 EPR bills were introduced on the state level.

Shifting from a Linear to Circular Economy

The overriding idea behind EPR is the concept of transitioning from a “linear” economy to a “circular” economy.

In a linear economy, raw materials are turned into products that are then sold to consumers who hold the responsibility for disposal. And then the process repeats. This is sometimes called the “Take-Make-Waste” model. Take materials from the ground. Make products from them. And then eventually, products are discarded.

The problem with a linear economy, according to the World Wildlife Fund’s position paper, is not just that products are designed for single use and disposal. Rather, it takes issue with the entire product creation philosophy which is based on starting with a fresh set of raw materials for each production cycle. Yet, the paper points out that 50% of all greenhouse gas emissions worldwide are caused by the extraction of raw materials, generating a stark realization of how unsustainable a linear approach is.

In contrast, a circular economy seeks to increase the overall productivity and efficiency of society’s relationship with resources by advocating for the use of reused or recycled materials as inputs to products or processes in manufacturing and throughout the rest of the supply chain. According to the Ellen Macarthur Foundation, a circular economy is based on the elimination of waste and pollution, the circulation of products and materials, and the regeneration of nature. And that, “It is underpinned by a transition to renewable energy and materials. A circular economy decouples economic activity from the consumption of finite resources. It is a resilient system that is good for business, people and the environment.”

So, how exactly does EPR fit into that definition?

The Elimination of Waste and Pollution

The primary concern of EPR is to help eliminate, or at the very least, curb waste and pollution. Much of today’s waste comes in the form of packaging designed with the single objective of getting a product into consumers’ hands. Instead, companies must seek out alternative approaches when designing the product packaging that solve for form and function, and potential reuse, as well. EPR is meant to incentivize such a shift.

The Circulation of Products and Materials

Utilizing products and their materials to their fullest at every lifecycle stage is the essence of the circular economy concept. A key aim of EPR is to extend the natural life of products and even create new avenues of value through intelligent design, allowing them to be repurposed, their salvageable parts to be resold or their components to be recycled into new products—or as a very last resort—processed into recoverable energy.

The Regeneration of Nature

As it relates to EPR, this means designing products to be synergistic with the environment instead of simply “inoffensive” to it, so that when they do reenter ecosystems, they go beyond reducing pollution or conserving resources to reinvigorating natural cycles. A good example of what this may look like is designing fertilizers and pesticides to be less synthetic, but to also renew soil nutrients that will in turn help the carbon cycle and climate.

The Current State of EPR

EPR is a complex solution to a complex problem. In an effort to make the seemingly challenging shift toward its policies more appealing for companies, a number of European countries have employed programs in which the state provides incentives to businesses in order to get them on board and proactively alter their production models. Obviously in these cases, deploying EPR strategies rely on partnerships between governments and companies to some degree, two groups that traditionally have an uneasy relationship.

But it has been shown to work. Germany, who embraced the strategy in 1991, saw packaging decrease by more than 13% in the first 7 years.

The Netherlands set up a producer responsibility organization in 1995 to govern auto-recycling. New car purchases there include a recycling fee which is then used to offset the costs of recycling a vehicle.

In 2009, Canada launched a nationwide EPR plan called the Canada-wide Action Plan for Extended Producer Responsibility (CAP-EPR) which has been enforced by 9 of Canada’s 10 provinces.

The European Union has set an ambitious target for deploying EPR. By 2024, all packaging in EU countries must be recyclable with a goal of, by 2030, having 75% of all packaging waste recycled.

Recognizing the results and the value in them, it seems the United States is finally making efforts to catch up.

As a manufacturer, EPR policies allow companies to hire third-party organizations to manage their EPR concerns and take the brunt of the end-of-product-life mandate off of their backs.

But meeting other elements of EPR requires businesses to thoroughly look across their entire manufacturing and marketing processes to identify practical ways in which they can re-tool to fit into a more circular economy—especially as public opinion and legislation bear down on them more aggressively. They must examine the whole of their production cycle to identify and act on ways to mitigate potential liabilities; capitalize on Environmental, Social and Governance (ESG) goals; and shift toward systems—and ways of thinking—that prioritize strategic resource use, intelligent product design and responsible operational execution.

To see what can help businesses through this process and effectively tackle their EPR challenges, download this eBook.