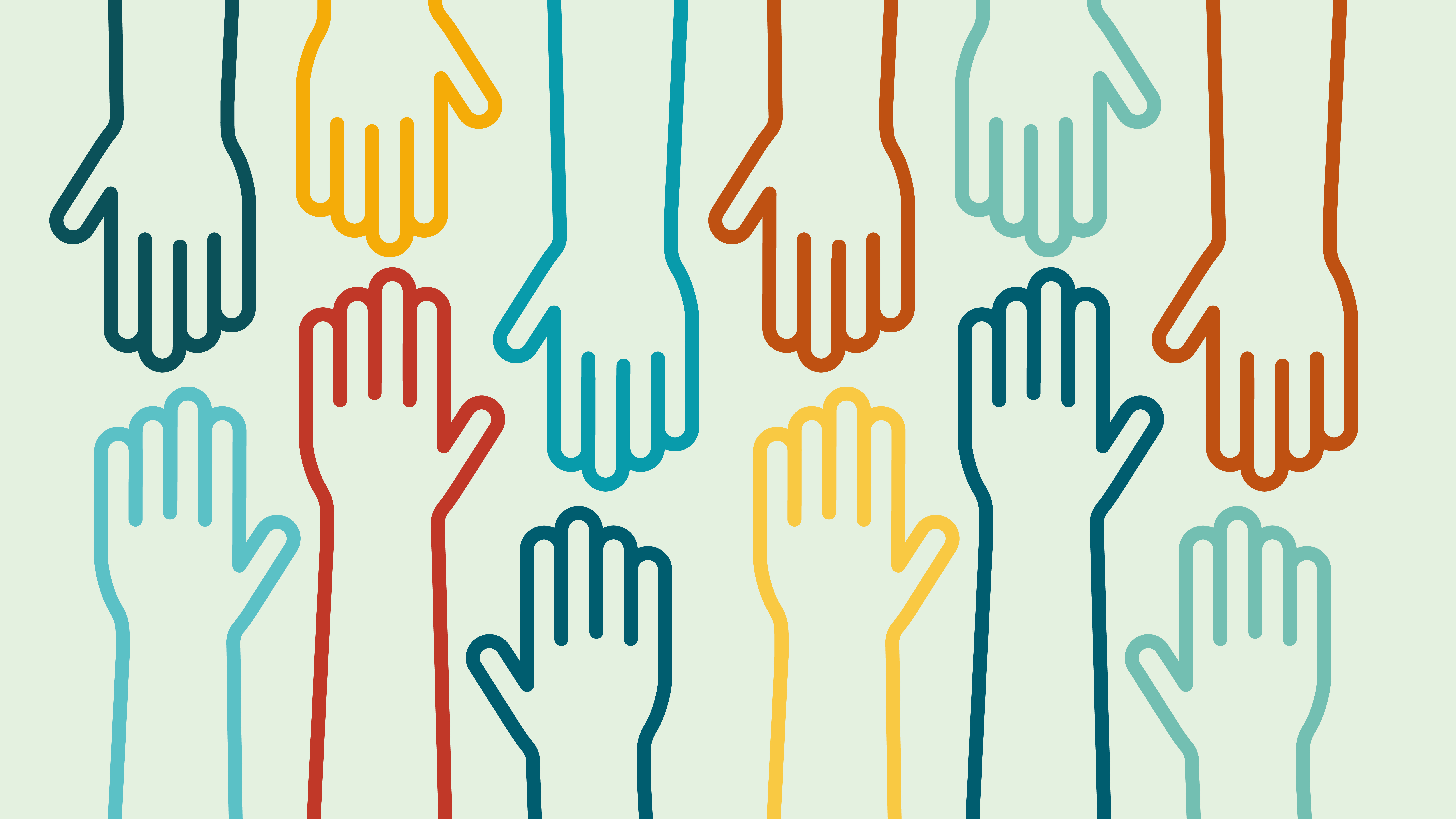 Environmental Justice and the Road Forward 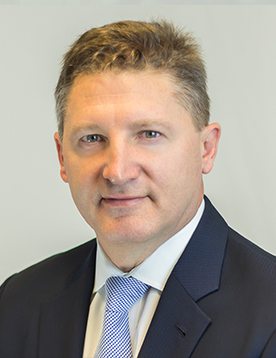 This year will mark 51 years since the first Earth Day was celebrated. During that time, the waste and recycling industry has made major strides to protect the planet for future generations, with improved technology to recycle more materials and reduce environmental impacts. While we have focused on improving productivity and operations, we still have a long way to go to address environmental justice and the “outside the fence” impacts on the environment and the communities we serve.

Out of Sight, Out of Mind

Waste management is often overlooked by the majority of society, as “out of sight, out of mind” thinking is a convenient escape from the realities of dealing with sanitation amidst a population that continues to grow. For those who live in environmental justice communities, ignoring society’s waste and related impacts is not quite so easy.

There are many seemingly justifiable and also logistical reasons as to why the majority of current waste and recycling infrastructure is sited where it is, among them geographic proximity to large waste generation points typically found in urban settings, convenience to highways, access to water sources and proximity to a skilled workforce. In fact, many waste processing facilities were sited decades ago by local governments or previous private owners based precisely on a list of criteria like this one, back when population densities were significantly different.

How We Got Here

The answer to the question of "How did we get here?" is complex, and to do it properly entails a historical journey through the agricultural revolution to the industrial age and finally to the rapidly accelerating technological age of today. For brevity’s sake, allow me to take a much more circumscribed look at some of the base issues at play.

Using western Europe and the UK as models, we see an outcome today forged by centuries of heavy population density determining where essential industries should go. With more limited land mass, European industrial sites are typically clustered together by the forces of the past and remain as invaluable heavy industrial zones. Continued planning has also focused on ensuring the separation of residential populations from industry. It’s not perfect mind you, but the European experience has certainly benefited from a longer historical context of urban pressures and a broader acceptance of daily things that must be looked after.

Now looking at the industrialization of the United States, we can imagine how the availability of expansive landmass and overwhelming resources created an industrial gold rush of sorts. Many times, industry was plunked down in the middle of residential areas – or even more common the opposite action whereby workers were encouraged and even incentivized to domicile right outside the gates of their employers’ industrial operations. Without the advances in transportation infrastructure we enjoy today, it was quite logical that entire communities sprang up with homes built specifically around a local need for industrial workers. Development occurred quite rapidly – and perhaps even haphazardly, as we learned that planning and community inputs today are much different than they were 20 years, let alone two centuries ago.

To a large degree, we are dealing with remnants of a bygone era, the aftereffects of the disruptive first and second industrial revolutions and the soon to be even more pressing needs of today’s accelerating technological forces. With globalization and automation continuing at full throttle, it’s no wonder we are experiencing a present-day reckoning with a legacy of overburdened communities and environmental injustice created in its wake. It’s undeniable that history has been unkind to the disadvantaged, with the economically poor often at the brunt of the societal shock wave. It becomes quickly understandable why waste management activities and facilities have become a popular target of environmental justice groups fighting for the health and well-being of their communities. The reality is, there are far too many who have no choice but to see, feel, and smell the impact of industry every day.

While many of the decisions were made long ago, it doesn’t mean that we are forced to accept the status quo and ignore the mounting concerns of community stakeholders. Rather, as the current owners and/or operators of these facilities, we have a responsibility to listen and act on our recognition that for too long, communities across the United States have been disproportionately burdened with industrial processes. Society needs to figure out how to continue vital sanitation practices and place a proportionate emphasis on what can make the most difference for those most impacted. If we all acknowledge industrialization created some wonderful benefits but also some very significant problems, the next wave of change coming will make that complexity seem like child’s play.

While recent public attention has been focused on depicting waste management, and even recycling infrastructure, as the poster children for environmental injustice from emissions impacts, the fact is that the facilities are very small contributors. For example, Covanta’s Waste-to-Energy facilities comprise just 5% of total nitrogen oxide emissions and less than one half a percent of total particulate emissions in the local air sheds surrounding the communities in which we operate. Mobile sources, including cars and trucks on roads and highways, continue to dominate local air pollution, burdening these communities with a whopping 70% of nitrogen oxide emissions and 24% of particulate matter, excluding road and construction dust. The transient nature of those emissions seemingly (and frustratingly at times) escapes the common eye, which typically remains transfixed upon the stationary source as the instigator of all problems.

The Need for Tangible, Near-Term Solutions

Unfortunately, there’s no easy answer for solving the problem overburdened communities have shouldered for decades. However, as industrial stakeholders, there is much we can do to begin the process of making things better for our communities. It begins with establishing open lines of communication between site owners and their community members, working together to arrive at real solutions with tangible, near-term benefits they can feel, see and perhaps, not smell. We must engage with residents both “inside the fence” and “outside the fence.” In addition to hosting our own events like open houses and facility tours, we also must show up and participate in the events the community finds important.

So where do we start? How about with driving change (pun intended) where we get the greatest impact – transportation. Although society’s need for essential infrastructure to manage the waste and recycling we generate is not going away anytime soon, there certainly are inroads we can make in the mobile infrastructure facilitating these industrial operations.

Soon (if not already), we will have technology available to transition all mobile vehicles and equipment to zero emissions, whether through electrification or the promise of hydrogen. This transition to zero emission vehicles should be accelerated. Doing so quickly will require government support.

The Biden administration has made their priorities clear – climate change, infrastructure and environmental justice – and they recently announced an ambitious infrastructure plan aimed at reimagining and rebuilding communities just like these. Imagine the impact the plan would have if support for the transition to zero emission vehicles for the environmental materials management sector were included? Addressing all three priorities with a single stroke would achieve significant headway in delivering air quality improvements in overburdened communities while reducing greenhouse gas emissions.

Going forward, as new industrial sites are developed, we must incorporate the lessons we have learned, leveraging foresight and ethics in our approach and decision-making. Responsible redevelopment must require separating heavy industrial footprints from light commercial and residential areas. And if we’re truly serious about preserving our planet for future generations by working toward a circular economy, then industry must work synergistically to achieve maximum environmental benefits.

During my tenure at Covanta, I first became sensitized to the issue of Environmental Justice following our acquisition of the Delaware Valley Waste-to-Energy facility in Chester, PA. Covanta’s dialogue with the community took shape over time as we began to realize the overwhelming environmental and societal burdens Chester was shouldering.

This understanding motivated our team to take a formal stand on Environmental Justice. In 2011, Working with state and local leaders, we established a first-of-its-kind Environmental Justice Policy to govern Covanta’s decision-making when it comes to potential impacts on the health and well-being of the local communities we serve. The policy was ground-breaking in its efforts to create a pact with our neighbors—a mutual understanding of Covanta’s duty and accountability to them to perform our operations safely and responsibly. The policy documented our acknowledgement that as a corporate citizen, we have a duty to the individuals who live alongside us, to address their concerns and create a dialogue of ongoing understanding and transparency.

And it wasn’t just about creating a policy on paper. It was about action. In our recent sustainability report we committed to implementing five projects by 2023 across our fleet to further reduce emissions specifically in Environmental Justice communities. Even before making this formal commitment, we had already invested millions into our facilities to reduce environmental impacts. For example, at our Essex County Waste-to-Energy facility located in Newark, NJ, we invested $100 million in new control technology that reduced emissions by up to 90%. Across our fleet, we consistently operate at environmental performance levels far better than those required by our permits, not because we have to, but because it is the right thing to do.

We also recognized that it was not enough to show up only when the calendar says Earth Day, and at no other time. Participating in community events enables us to be in tune with the needs and concerns of local organizations and the people who live near our sites so we may address them head on, and where possible, solve problems.

I think the waste industry as a sector is filled with people who care at levels above and beyond most of society. “Out of sight, out of mind” is nowhere in our vocabulary. When I talk to colleagues both at Covanta and in the industry, I never come away with a sense that we all think we are doing “good enough.”

This Earth Day let’s challenge ourselves as leaders in this industry to do more than simply pick up, transport, sort, and dispose of some litter. Instead, let’s seize this opportunity to do something transformational; combining forces to achieve concrete, near-term changes that have the potential to elevate a broader population of people for an enduring period of time. At Covanta, we believe there is no other way forward.

We hope you will join us.